Conscious of the need to move with the times, Satan decided to sell off a large part of his stock of temptations. He placed an advertisement in the newspaper and spent the whole of the next day attending to customers in his workshop.

There were some amazing items for sale: stones on which the virtuous could stumble, mirrors that increased one’s own sense of importance and spectacles that diminished other people’s importance.

Hanging on the wall were a few other prize objects: a dagger with a curved blade for stabbing people in the back and tape recorders that recorded only gossip and lies.

‘Don’t worry about the price!’ cried old Satan to any potential customers. ‘Take it away with you today and pay me when you can!’

One visitor noticed two much-used tools that had been relegated to a corner. They didn’t look anything special, but they were very expensive. Curious, he asked the reason for this apparent discrepancy.

‘They’re both very worn because they’re the tools I use most,’ said Satan, laughing. ‘I wouldn’t want them to be too noticeable because then people would know how to protect themselves against them.

But they’re both worth the asking price: one is Doubt and the other is a Sense of Inferiority. When all other temptations fail, those two always work.’ 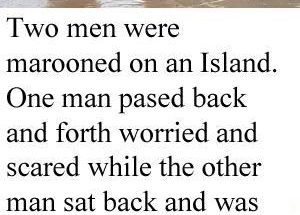 Two Men Were Marooned On An Island 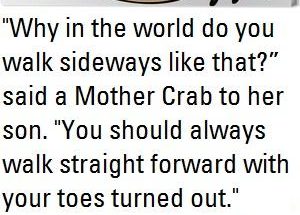 The Young Crab and His Mother 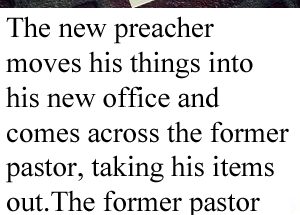